Pure Flix and Canyon Productions are proud to announce a new Pure Flix Original Series, “Saved by Grace,” that will stream exclusively on Pure Flix on November 6, 2022.

The new original series is five episodes long and debuts in time for Pure Flix to ring in the Christmas season and celebrate the impact that positive entertainment can have. The first two episodes will be available Sunday November 6 and a new episode will debut every Sunday for the remainder of the month.

In the vein of the Pure Flix Original Movie “An Unlikely Angel” and similar to classic television shows “Highway to Heaven” and “Touched By An Angel,” the new Pure Flix Original Show “Saved by Grace” is about two angels answering prayers and changing lives.

“Angels are still relevant today – they walk amongst us and are here to serve us and to bring about God’s intent in our daily lives,” said actor Cameron Arnett, who plays Jeremiah in the new show. “The show explores authentic stories that people can really connect to. Movies and shows have a tendency to focus on redemption, but rarely show what we are being redeemed from. With ‘Saved by Grace’ you start at the beginning of the character's story, where the good and bad sometimes are, and see a transformation.”

Here’s the synopsis: There are no chance meetings or coincidences in life. Angels are amongst us and God has sent them on a mission to intercede on behalf of whispered prayers. Every encounter presents a new opportunity to change your approach to life.

The show stars Cameron Arnett (“Vindicaton,” “I Still Believe,” “Discarded Things,” “Overcomer”) and Jennifer Taylor (“The Young and the Restless,” “God’s Not Dead: A Light in Darkness,” “Emma’s Chance”).  The show also features Kristen Grace Gonzalez, Jadon Cal, Isabelle Almoyan, and Meggie Jenny. Directed and written by Johnny Remo (“Like a Country Son,” “Hardflip”), the show is five episodes long and was filmed in Bentonville, Arkansas.

“This new show is so timeless. On the one hand, you have angels that have been around forever. On the other, we're dealing with modern-day issues," said Jennifer Taylor, who plays the angel Grace in the series. "All the situations highlight current problems, but at the core, they are heart issues we've been dealing with since the fall, and I hope viewers realize they aren't alone in those struggles.”

Watch the trailer for the new Pure Flix Original Series “Saved by Grace.” 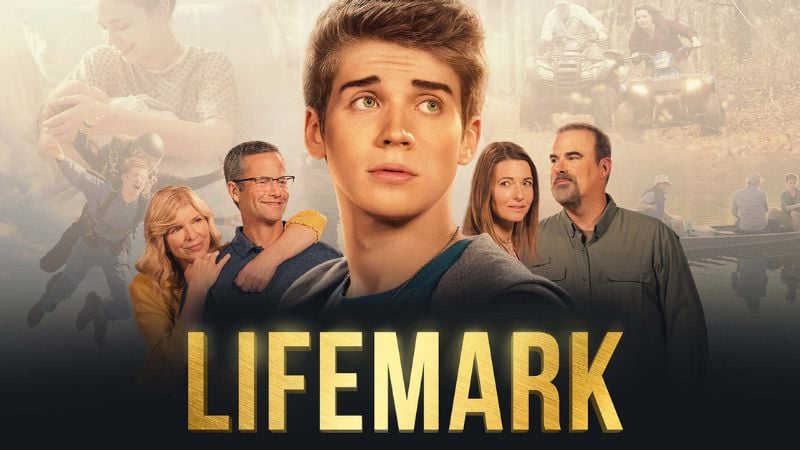